2022 Indy Pro Judging Report - Boogieman or Definition for the win?

The fourth annual edition of the Indy Pro has wrapped up, and as is often the case, things didn’t shake out quite like the predictions had foretold.

This was supposed to be an easy win and another Mr. Olympia qualification for defending champion Justin Rodriguez. But all the many months of contest prep caught up with The Nightmare, and he lacked both the muscle fullness and dry conditioning we saw from him in March at both the Arnold Classic and the Boston Pro. As such, he’s going to have to settle for third place today.

The title and first-place check will go to either Blessing Awodibu or Charles Griffen. Blessing was much improved today over his Pro debut here last year, particularly in the legs. They are no longer the weak point they were. Griffen is also looking fantastic, with a streamlined midsection and loads of dense, rugged muscle. It’s very close right now between them.

Rounding out the top six were veteran Maxx Charles, Dorian Haywood, and Brent Swansen in his Pro debut. Maxx has looked better, but he’s still a solid top 4-5 man. Dorian has improved both his back width and brought his midsection in, but needs more quad sweep to balance out his physique. Brent had some of the craziest vascularity I’ve seen in years, and it was his condition that earned his spot in the first callout.

The 212 division will likely be won by Mexico’s Noel Adame, who won it here in 2019. His physique is on the blocky side, but he has overwhelming thickness and he brought plenty of cuts. Noel’s legs were especially freaky. Local guy Bryan Balzano is pushing him hard. His shape and structure are more pleasing, and his glutes were as deeply grooved and striated as a human’s can possibly get. Then again, Yumon Eaton stunned in his Pro debut with superb shape and structure. He wasn’t as hard from the back as Noel or Bryan, but unless it truly is a ‘glute contest,’ Yumon is also in the fight with Bryan and Noel to win the 212. Special mention needs to go to Emmanuel Rodriguez, a very solid fourth place with pleasing shape and symmetry along with diced hamstrings.

Women’s Bodybuilding was added this year. Five women came to Indy to flex for the inaugural title, and right now Pennsylvania’s Theresa Ivancik and Indy native Stephanie Flesher are fighting for it.

I’d also like to thank promoter Dave Bowers and his team for a first-class production that’s being run with military precision and efficiency, a reflection on his past career in the USMC.

Who will win? We’ll find out soon! 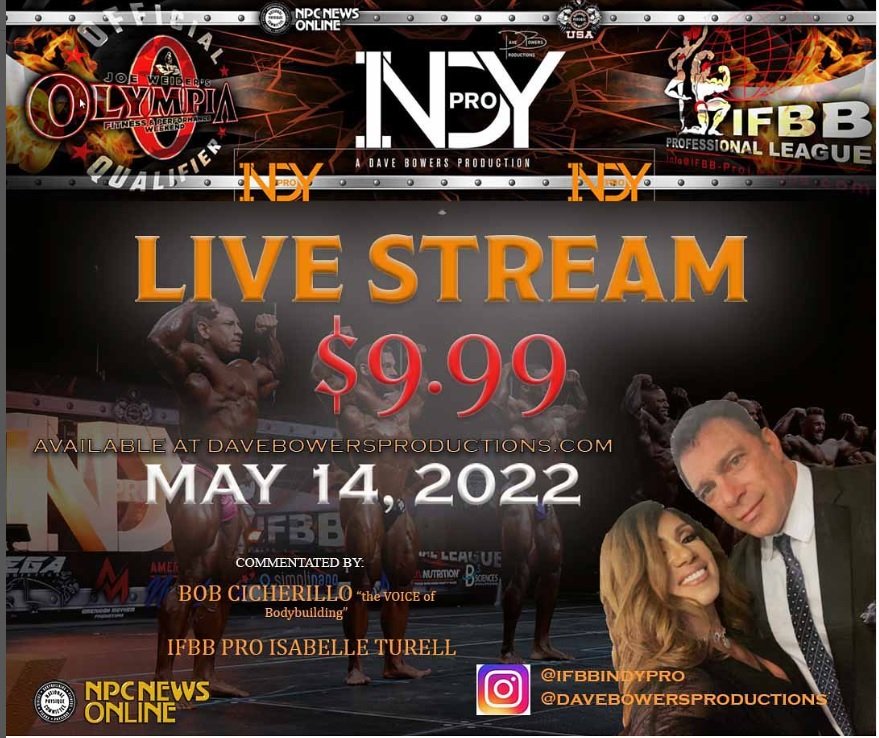