Arnold Schwarzenegger on Changing Bodybuilding’s “Terrible Reputation”: ‘Back in My Pumping Iron Days, That Was My Goal’

Arnold Schwarzenegger is a legend of bodybuilding who made a successful transition into Hollywood. In his latest newsletter, the 75-year-old movie star celebrated his birthday and reflected on his dream of bodybuilding and fitness becoming mainstream.

“My dreams, really. They started out with things like “Win Mr. Universe” Schwarzenegger said.

Schwarzenegger rose to prominence in the mid-1970s, courtesy of his large and aesthetic physique. The Austrian native sported an incredibly full chest and spectacular biceps. His work ethic guided him to success on bodybuilding’s most prestigious stage on seven different occasions from 1970-1975, and again in 1980. His seven Olympia victories are tied with former Mr. Olympia Phil Heath for the third-highest amount of Sandow trophies ever earned, trailing behind Ronnie Coleman and Lee Haney.

Despite his appreciation for bodybuilding, Schwarzenegger sees the sport as the most dangerous in the world. He believes athletes in today’s climate have taken things too far, and that sometimes ‘it kills people’. However, the retired professional can remember a time when bodybuilding and fitness weren’t as mainstream as they are right now.

Before bodybuilding was as popular as it is now, Schwarzenegger said famous action heroes refused to acknowledge the sport due to its bad reputation.

“Back in the Pumping Iron days, I told people that my goal was that one day, exercise would be so common that there would be more gyms than supermarkets. They thought I was CRAZY. Back then, the famous action heroes pretended they didn’t lift any weights, because bodybuilding had a terrible reputation. Gyms were dungeons that regular people avoided at all costs. But remember, my specialty is being crazy and proving people wrong.” Arnold Schwarzenegger wrote in his newsletter.

One of Arnold’s dreams was to see more gyms and fitness centers in the United States than grocery stores, which he said was accomplished.

According to the former California Governor, fitness and bodybuilding are now mainstream. More than 200,000 people attend the Arnold Sports Festival every year. The annual event features an array of talent across various sports competitions.

“Fitness is now completely mainstream. 200,000 people come to our Arnold Sports Festival every year. The Arnold Classic began as a bodybuilding contest. Then it added weightlifting and strongman. But as our audience grew, I realized there are hundreds of ways to get in shape and be active, and I don’t want anyone to be under the impression that I think the only way to be fit is my way.” 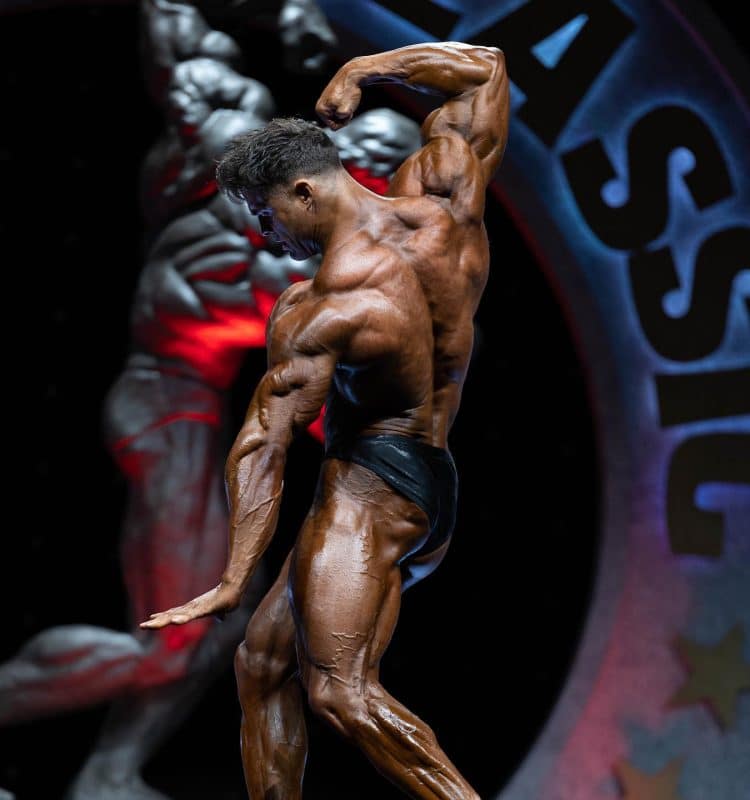 While the festival started with bodybuilding, powerlifting, and strongman, Schwarzenegger revealed he’s been open to hosting other niche sports like medieval fighting, martial arts, and ninja warrior courses.

“That’s why now we showcase 80 sports and we have people participating in and watching everything from bodybuilding to strongman to medieval fighting to martial arts to indoor soccer to wheelchair tennis to ninja warrior courses to Scottish Highland games – literally every fitness activity you can imagine.”

“We welcome every sport and treat everyone equally at our sports festival because I want the message to be, “There’s something here for you. You choose. You find something you fall in love with. But do something.”

Schwarzenegger Celebrates Turning 75: ‘I Feel the Urgency That Drove my Relentless Dreams as A Youngster’

Schwarzenegger may have retired from bodybuilding, but he has maintained his physique for decades. The retired pro bodybuilder doesn’t miss an opportunity to lift weights.

“People love hearing about my lists of goals and always ask me about the ritual. I think it gives them hope. They want to know their dreams are also possible. And they always want to know what I write down now that I’ve won the world championship titles, become a leading man in Hollywood, and served as governor of the great state of California.

I feel the urgency that drove my relentless dreams as a youngster all over again, and now I have three quarters of a century of experience to go with my drive.”

Arnold helped elevate the sport of bodybuilding to where it is today. Of course, like anyone, Schwarzenegger deals with adversity but says he handled that stress by approaching one problem at a time. His divide and conquer attitude assisted him on some of the sport’s most competitive stages.

After turning 75 years old recently, Schwarzenegger is determined as ever to keep pursuing his dreams and encourages his followers to do the same. Arnold is happy the reputations of fitness and bodybuilding have changed for the better.